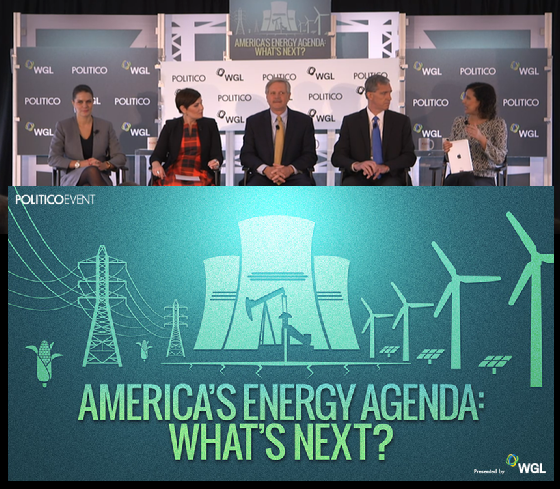 Gone are the days where the Sierra Club might try to work with the oil and gas industry to limit its impact on the environment.

Representatives from its Dirty Fuels Campaign and a group spawned out of opposition to Keystone XL made clear at an energy policy event in Washington, D.C. on Oct. 1 that there is little or no common ground left between their organizations and energy producers.

“The science is increasingly coming up that climate change is here, we’re feeling the impacts, they are just going to get worse, and we need to act quickly and boldly,” Lena Moffitt, director of the Sierra Club’s Dirty Fuels Campaign, said at the event. “What that means is we leave the vast majority of fossil fuels in the ground.”

“Pipelines lock us into the energy of the past,” said Jane Kleeb, founder of the advocacy group Bold Nebraska that has fought TransCanada Corp.’s Keystone XL oil pipeline project. Furthermore, she said, through the use of eminent domain, “the energy companies come in and take [people’s] land against their will.”

“Do we use natural gas and oil now? Yes. Do we need to continue to build infrastructure that locks us into that energy of the past that also rips our land and water? Absolutely not,” Kleeb said. “And we’ve changed the game. Citizens like me, citizens like Lena … we’ve changed the energy game and we’re not going to back down.”

The approach confounded a gas industry leader and a Republican U.S. senator at the same Oct. 1 Politico news event sponsored by WGL Holdings Inc. They said common ground could be found with environmental groups and landowners on issues ranging from climate change to the use of eminent domain.

Marty Durbin, president and CEO of America’s Natural Gas Alliance, said the U.S. must use all its energy resources. “What is our energy future here?” he asked. “How are we going to take advantage of all the fuel sources we have? From a natural gas standpoint, we have an opportunity — not only with the abundance of natural gas here, but the ability to provide cleaner air, cleaner energy, drive economic growth for the country, and also enhancing our energy security, both here and abroad.”

“We’ve got to have pipeline expansions to be able to do that,” Durbin continued. “And the communities the pipelines are going through — of course they are going to have questions and concerns, and we’ve got to be part of that dialogue. But I think unfortunately we’ve gotten into a conversation that starts and ends with ‘we don’t want them.'”

The two factions were on opposite ends of their energy infrastructure panel at the Politico event. Durbin and Sen. John Hoeven, R-N.D., are working to improve a permitting system that, while it might be slow going in the eyes of gas infrastructure developers, generally works for them. The speakers took the high road and expressed an interest in dialogue.

Moffitt and Kleeb, facing a U.S. permitting system that mostly lets projects go forward over their objections, were more willing to lob incendiary comments that set fire to the idea of the two sides ever working together.

Hoeven, the author of legislation to streamline cross-border energy projects, agreed with Kleeb that it was important to treat landowners well, and energy companies should use eminent domain carefully. The senator pointed out that new pipelines would prevent oil and gas producers from flaring gas in production regions that currently lack infrastructure. And he pointed out that no matter what energy resources the U.S. chooses, even renewable energy sources, transmission infrastructure will have to be built.

“You still have the issue of dealing with landowners,” Hoeven said. “That’s not going to go away, regardless of your fuel choice.”

“Right, but some of the energy sources are poisonous,” Moffitt said, and some are not.

Durbin objected to that description. He said the U.S. has hundreds of thousands of miles of major pipelines in place. “We don’t have a poisonous wasteland around the country,” he said.

Hoeven said the U.S. needs to encourage investment in energy by, among other things, providing certainty in regulation. For renewables and traditional sources, he said, “if we continue to empower investment both in energy production and in infrastructure, we will get more energy, better environmental stewardship” and make the market more safe and more efficient, and other countries will then adopt the new technology.

In the end, the belief in U.S. innovation was one all the speakers could share.

“Like Sen. Hoeven, I believe in an America that is innovative and entrepreneurial, and I think in the face of the greatest crisis the planet has ever known … America will lead the way into the clean energy future,” Moffitt said, noting such technological advances as battery storage. “I think we can get there.”