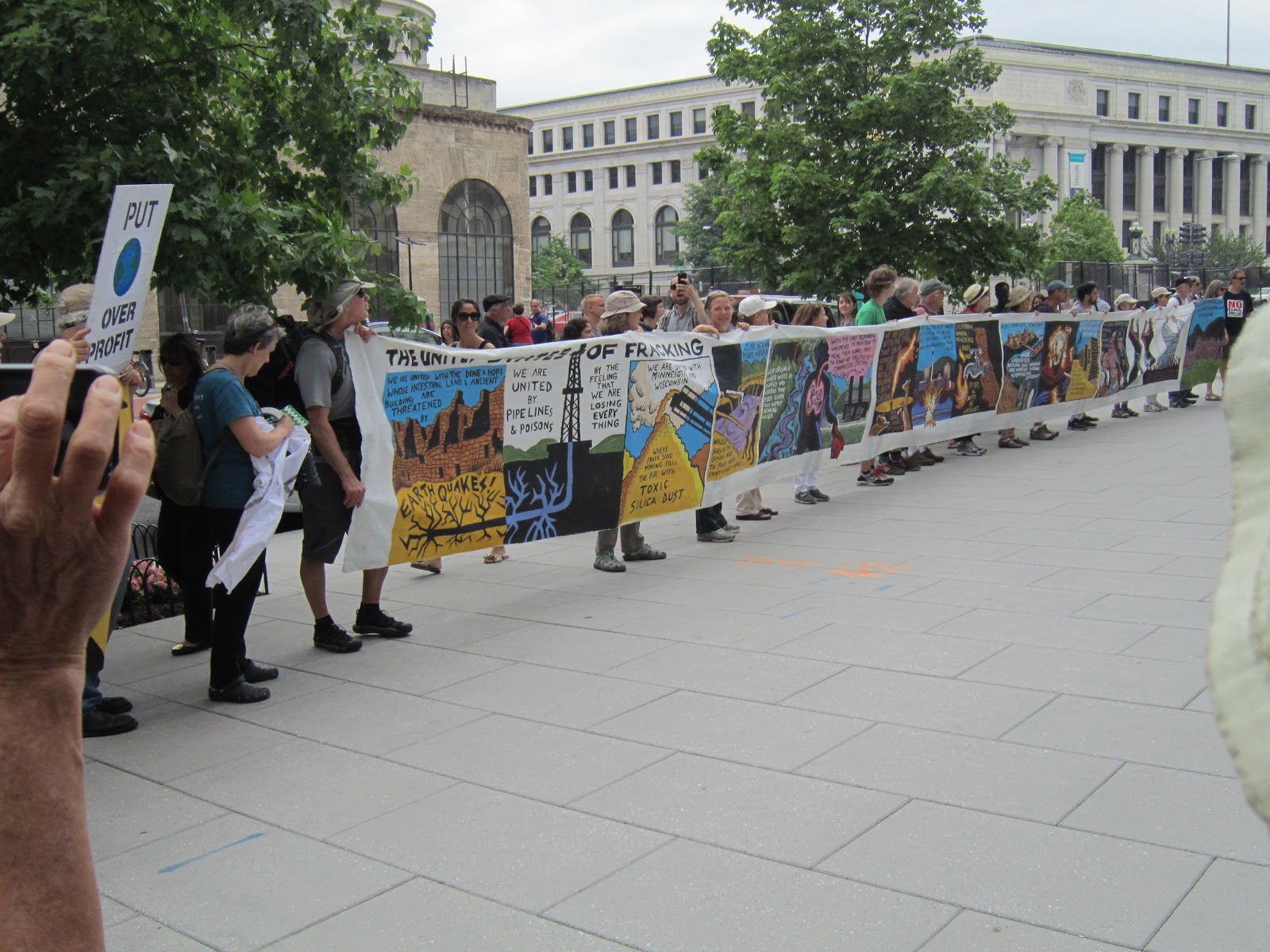 Fast For People, Peace, and Planet

Climate chaos is here and on the rise.  And the most vulnerable among us, who have contributed least to the problem–Indigenous people, people of color, the poor and the Global South–are suffering the worst impacts.

Beyond Extreme Energy (BXE), a grassroots advocacy group that’s fighting fossil fuel expansion, is organizing a fast to call on the Federal Energy Regulatory Commission (FERC)–the federal agency that’s charged with issuing permits for interstate pipelines, liquefied natural gas terminals, etc.–to stop approving new fossil fuel projects and promote renewable energy and conservation instead.  Members of the group will be fasting outside FERC’s headquarters in Washington, DC, from Sept. 8th till Sept. 25th.  “FERC operates according to statutes that have been put in place by fossil fuel industry insiders; it has a pattern of rubber-stamping fracking-related infrastructure and other fossil fuel projects, in violation of the National Environmental Policy Act as well as ancient, venerated legal principles,” said Peter Nightingale, a physics professor at the University of Rhode Island and a founding member of the divestment advocacy group Fossil Free Rhode Island.

Members of Beyond Extreme Energy will be fasting on water only from September 8th until the 25th, the day of Pope Francis’ address to the UN General Assembly and the day after his address to Congress.  BXE is inviting others to join them by fasting for one or more days during this interval, around-the-clock or sunrise-to-sunset, at whatever level is meaningful to them–water-only, juice-only, etc.  A number of groups across the nation have endorsed the fast—see this link.  Fossil Free Rhode Island will be organizing and participating in a series of local events in support of the No-New-Permits fast.

“I am fasting to call attention to the hundreds of thousands of people around the world who are already dying every year—often from hunger and disease—as a result of climate change, as well as the growing number of Americans whose health, communities, or livelihoods have been destroyed by fracking, mountaintop removal mining, coal-fired power plants, etc.,” said Lisa Petrie, who is hoping to fast from sunrise to sunset for three days.  To learn why others are fasting, read their testimony here.

On September 12, 2015, at 9am, The Raging Grannies of Greater Westerly will be hosting a vigil on the traffic island across from the downtown Westerly Post Office on High Street; Fossil Free Rhode Island is a co-sponsor.  We’ll also be participating in the Peace Fest on Saturday, September 19 in Providence; see this Facebook Event for the details.

The focal event for the fast in Rhode Island will be a family-friendly demonstration at the State House in Providence on September 22 at 3 pm to call on our government to implement policies in line with its duty to present and future generations.  Non-fasters are welcome to join us.  People are especially encouraged to bring their children as a concrete reminder of what we are trying to protect.

Fossil Free Rhode island will also be participating in the URI International Day of Peace on the Quad on September 24 at 10AM.

The  Fast For People, Peace, and Planet is a call for universal peace, social and racial justice, and ambitious action to stop climate change.  Guiding principles are:

Anyone interested in joining the fast is encouraged to register here.