LOUDOUN COUNTY, VA–Virginia citizens against fracked gas pipelines send Gubernatorial Candidate Ralph Northam nearly 300 “Hear Our Voice” postcards from Loudoun County. Kamie Bledsoe, environmental activist member of 350 Loudoun, started the post card campaign shortly after Tom Perriello lost the Democratic Primary. Tom Perriello came out against the new proposed Atlantic Coast Pipeline and the Mountain Valley Pipeline. But, Ralph Northam, despite taking the Hippocratic Oath in his training as a medical doctor, failed to oppose the pipelines and in an interview on a conservative radio station stated that governors cannot take a position against pipelines.  Regrettably, Dr. Northam is mistaken. The governors of New York and Maryland have come out against fracked gas pipelines. In fact, Lieutenant Governor candidate Justin Fairfax and at least ¾ of candidates running for the VA House of Delegates have also come out against the pipelines. Dr. Northam’s position on pipelines is contrary to the National Democratic platform to promote renewable sources of energy.

Although the Federal Energy Regulatory Commission (FERC) is tasked with national permitting for the pipelines, the Virginia Department of Environmental Quality, under the direction of the governor, can deny water quality permits for the projects and prevent them from being built. This authority is stipulated in the Clean Water Act, was used by New York’s Gov. Cuomo to stop the Constitution Pipeline, and was recently upheld in court.

Ms. Bledsoe and colleagues easily collected postcards from various venues including public events, environmental events, and civic meetings. People from all walks of life and from all political parties signed postcards. They were motivated by many different factors including the abuse of Eminent Domain for private gain, pollution of drinking water sources, climate change impact from methane of pipeline infrastructure, tying up financial capital and resources for fossil fuel projects instead of renewable energy projects.

The objective of this post card campaign is to elevate the importance of the pipelines issue to Virginia citizens across the Commonwealth. The ultimate goal is that Mr. Northam change his position to oppose the Atlantic Coast Pipeline and the Mountain Valley Pipeline.

Members of 350 Loudoun have been showing up at Northam’s campaign events in Northern Virginia trying to educate the public and the politicians on the pipelines, and trying to get Northam to change his stance. At a recent such event, activists dressed in Wizard of Oz costumes and called on Northam to find the heart, brain, and nerve to come out against the pipelines. 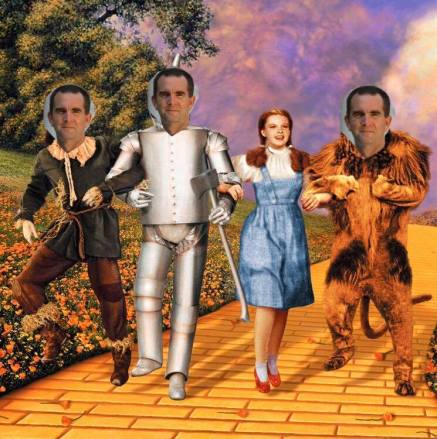